Great evening near Detroit where Ford organized the launch event for its new production Mustang. The American giant also took the opportunity to talk motorsport with the publication of the first pictures of its future Mustang GT3.

In a video of just under two minutes, Ford presented 6 versions of the Mustang, all dedicated to motorsport, including the GT3 but also the GT4, the NASCARtrack day, NHRA or even that of the new era of australian supercars. The Detroit manufacturer also created a surprise by presenting the Mustang Dark Horse, available as a production or track model in the Dark Horse S and Dark Horse R versions. 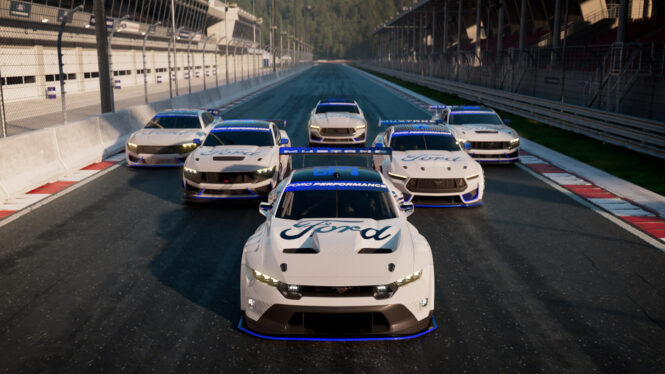 Regarding the 24 Hours of Le Mans, this future Ford Mustang GT3 is likely to be seen there in the future. However, its commitment in Sarthe will not concern the manufacturer itself because the entries in GT3, planned from 2024, will be private after the decision of the WEC to end the GTE Pro category.